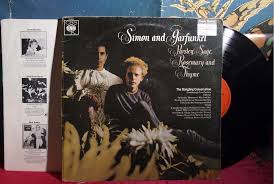 My family is responsible for my biggest musical influences as a child, which were…super eclectic. My Dad has a huge record collection, mostly wonder bread female Jazz singers to whom I did NOT relate. I looked through everything and found some gems: the original Broadway performance of Hair, Judy Collins 3, Simon and Garfunkel’s “Parsley Sage Rosemary and Thyme”, and, of course: The Rocky Horror Picture Show. I ran them ragged, memorizing every note and lyric. I never considered this working on my singing, but I suppose I was…singing along at the top of my lungs. I always knew what I liked. 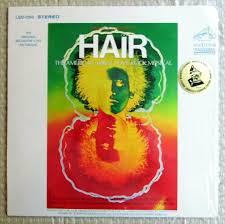 My Dad often played Pete Seeger in the car. The folk sound has stayed with me ever since.  When I listened to music, I didn’t just listen with my ears. My experience of music has always been total. I absorbed it, I was carried away, I was fully immersed. Singing along, I got inside the nuances of rhythm, felt the overtones rolling inside my throat, and if the song told a story…I was in it. When Anthea’s brother was hung in the forest, I mourned for him. When the judge violated her, her rage and sorrow were mine.
I think it’s fair to say that that music was as real and present to me as anything else. I felt that I was like a lamp, that only really shone when I was singing.
Musicals were big…we did community theatre and I had my own private theatre in the living room. My whole family appeared in Brigadoon, and I was only about 5 years old at the time. “Man of La Mancha” was a favorite for me, plus Fiddler on the Roof, Cats…My album “The Water Castle”  is a kind of Rock Opera/musical, and I definitely have these musicals and concept albums to thank for that direction, which made a very early impression on me of how to tell a complex story through music.
As the years went on and I started elementary school, my older sister Rachel started bringing her own musical influences. Styx, and Rush’s “Moving Pictures” were my introduction to 70’s art rock, and she turned me on to mix tapes of Donovan and my all-time favorite…Kate Bush. 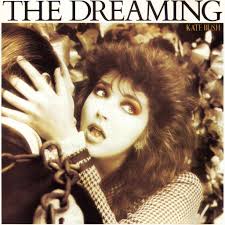 I had all her albums; imitating her vocal gymnastics taught me to sing as much as any class did, plus. She put all her heart and soul into those songs, she lived them in an analogous way to how I lived music: totally, and from her insides. Singing along with Kate Bush taught me that singing is both intensely physical and spiritually elevating. It’s almost like an Olympic event when you’re rolling through the highs and lows of a 3.5-octave range, with no chamber left unexplored. Later on, I also got into Joni Mitchell, but that’s another story.
My mom also came through with some crucial influences. She bought me a Best of Motown tape that got me singing with SOUL, to the tune of Stevie Wonder and Aretha Franklin. She also noticed that when the commercial for the box set of Creedence Clearwater Revival came on, I was all ears. She ordered it! 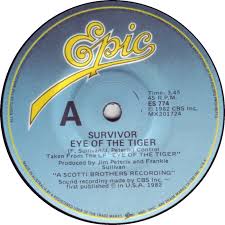 My own first musical purchase was a 45 record of Foreigner’s “Eye of the Tiger”. I remember it seemed like a kind of magic…I could just go in a store and buy music, bring it home and listen…and listen and listen. Power! I can still see that 45 spinning away, my giant life-sized panda doll (homemade by Mom), and red and white curtains with the pompons in my room. I went on to a full on 70’s phase that never ended: triple record set from Woodstock, Jimi Hendrix “Are You Experienced”, Cat Steven’s Greatest Hits, Grateful Dead’s “American Beauty”. These songs are now on an iTunes playlist called “home”. That’s how much they are a part of my heart and soul.
Things got a bit dark when I hit my early teens. I must have been angry, as entered the Sex Pistols, the Dead Kennedys, and, for the serious hardcore punk fans, Crass. (no need to include these on my playlist in the nursing home, but it could make for an interesting experiment). From punk, I learned to channel ALL my emotions into a song, and though expressing anger has always felt scary or even forbidden to me, in singing it was easier to experiment. (although my Dad was truly horrified by The Ramones’ lyrics.) 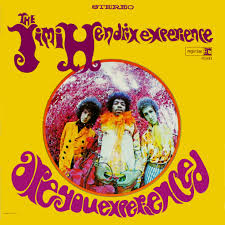 CSNY was one of my favorites…I had a serious crush on Neil Young, good news for the skinny, moody guys that would wish to win my heart. Then again, I thought Arnold Schwarzenegger was H. O. T as Conan the Barbarian, and my first love was the male puppet from “The Dark Crystal”. But I digress.  Most likely my earliest musical influence is from my Uncle Cush. He was the first person I knew for whom playing an instrument and singing was just part of life. He inspired me. It was magical, rounding the corner through a crowd of the family to see him strumming away with his big gnarled hands. Face shining with the simple joys of family and song. And everyone singing along!
This must have made a deep impression on me. Because then, music wasn’t just on a record, circling round and round. There in my room, I was taking a journey within. My small hands lifting the arm of the stereo, the scratch as the needle hit the record, the magic of the music suddenly filling the space, within and without. Then in Uncle Cush’s basement. Old, twisted hands. A tiny Ukulele pours out sounds, strumming chords, parting the sea of Italian cousins, clearing space through the din with a simple tune. Living the music.
Insert Image
Spread the love